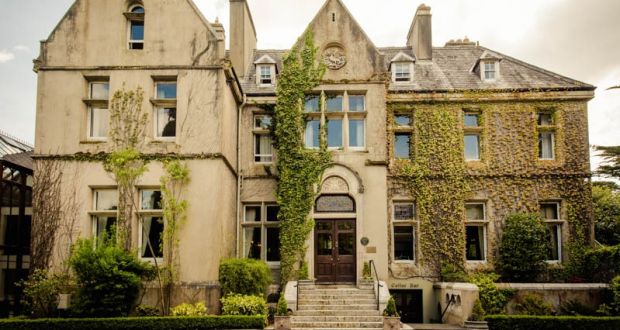 The wonderful Cahernane House Hotel in Killarney has joined the prestigious Ireland’s Blue Book, which is a collection of Ireland’s finest Irish country house hotels, manor houses, castles and restaurants.

Located on the edge of Killarney National Park, the historic Cahernane House residence certainly ticks all the boxes for a Blue Book property thanks to its bespoke exterior, exquisite decorative features, charming views and award-winning cuisine.

Ireland’s Blue Book recognises only the most elegant and stylish hideaways, and the hidden gem of Cahernane has proven to be a very popular destination for Irish and overseas travellers since it was extensively renovated over the last 12 months.

Cahernane House Hotel is quickly becoming known as a food-lover’s paradise and was named in the top three hotel dining destinations in the UK and Ireland by the prestigious Condé Nast Johansen’s Traveller Guide this year.

The addition to Ireland’s Blue Book helps to further increase the hotel’s standing in the international market as the Blue Book is the only Irish member of the prestigious Historic Hotels of Europe which is an umbrella Federation representing an eclectic range of historic properties across Europe.

Members are selected on a strict criteria basis with the emphasis being on properties who have a strong individualistic style, character and who are original properties.

Originally built in 1877 by Henry Herbert as a family residence, Cahernane House had fallen into disrepair before it was purchased by PREM Group in 2016. The hoteliers saw the potential of the property and injected €6.5 million into refurbishing the premises over a 12-month period, which brought about extensive renovations to the Manor House, the Garden Wing, the Herbert Restaurant and the Cellar Bar.

Renowned designer Julie Goggin and her team provided the inspiration behind the project, taking care of all the minutiae to ensure a truly bespoke setting was introduced to the property.

The plush bedrooms in the Manor House have been completely redecorated and refitted and are all named after people and places which have a connection with the property, such as architect James Fuller and Patricia Newling, a former owner. Each room is bespoke and feature decadent wallpaper, plush headboards, original antique furniture, beautiful sash windows and elegant mouldings.

The exquisitely designed bathrooms are a really eye-catching aspect of the new rooms, with free standing baths featuring claw feet and antique brass bathroom fittings. Deluxe beds and goose down pillows and duvets set the scene for a relaxing and peaceful night’s sleep when the only sounds you will hear in the morning is the distant call of cattle and perhaps a lone stag.

The Herbert Restaurant is a homage to the man who built the grand house, and many of the eye-catching original features remain. The depth of the walls is one of the first things to note when entering the room, and they are easily observed at each window where the original shutters have also been painstakingly restored.

Seating up to 80 people, the fine dining restaurant is run under the watchful eye of Executive Head Chef Eric Kavanagh who uses locally sourced produce in a bid to create exquisite plates of food. Eric brings extensive experience from a career that includes work in award-winning establishments such as Longueville House in Mallow and Sheen Falls in Kenmare. Cahernane House Hotel received a two AA Rosette recently for its excellence in cuisine and has received glowing reviews from diners.

For more information or to make a booking please visit www.cahernane.com

The 4-star Cahernane House Hotel was originally built in 1877 as a family residence for Henry Herbert at a cost of £5,992. The original plans were to build a mansion three times the size of what it is presently, but the next generation of the Herbert family fell on hard times and let the property out as a hotel. As a result the property feels and looks more like a grand, country, private residence rather than a hotel.

Located just outside the centre of the thriving town of Killarney, the 38-bedroom Cahernane House Hotel is still far enough away from the hustle and bustle of Kerry’s major urban centre to offer a secluded and tranquil getaway. It is located on 6.4 acres of verdant grounds and overlooks the stunning backdrop of the Killarney Lakes and Killarney National Park.

The house itself is reminiscent of times gone by and the charm in which it was built upon in the 1800s has never been lost despite the changeover of owner’s numerous times throughout its history. There are five main rooms on the ground floor of the property; the Pembroke Suite, the Herbert Restaurant, Drawing Room, Library and Reception. Each of these rooms contain historical artefacts and original antiques including items such as the Herbert Family Crest which is depicted above the front door of the hotel.

Upon entry visitors will notice a stunning Killarney Davenport desk which was built circa 1880 and carries pictures of nearby Glena Cottage, Muckross Abbey, Ross Castle, the Old Weir Bridge and the Bricin Bridge. A Queen Anne fireplace that was originally part of the Herbert’s Queen Anne style house is located in the reception and was originally built circa 1750, the original fireplace is still in working order and is lit daily. Imposing bronze statues are located within the reception, and these were originally brought to Cahernane House Hotel by Vincent and Min Albericci who bought the house in 1940.

There are 12 rooms located in the original manor house and each are packed with individual charm and character showcasing period features such as sash windows, high ceilings or elegant mouldings. All rooms in the original house are individually named after people and places connected with the house, such as James Fuller, the architect, or Patricia Newling, an owner with an interesting past in the 1950s.

The Garden Wing of Cahernane House was constructed in the 1960’s and has since been completely refurbished. It incorporates 26 beautiful rooms, decorated and styled in keeping with country manor traditions.

The Herbert Restaurant is the main Dining Rooms in the Cahernane House Hotel and seats up to 80 people. The fine dining cuisine is prepared by the Executive Head Chef Eric Kavanagh using locally sourced produce. Eric brings extensive experience from a career that includes award winning establishments such as Longueville House in Mallow and Sheen Falls in Kenmare. Cahernane House Hotel received two AA Rosette recently for its excellence in cuisine and has received glowing reviews from renowned food critics such as Lucinda O’Sullivan and Georgina Campbell.

The house is adjacent to Killarney National Park, Ireland’s largest national park which is surrounded by mountains and lakes, and inhabited by natural wildlife. There are also numerous historical buildings in the park such as Muckross Abbey a 15th century monastery and Muckross House, a building that is intertwined with the history of Cahernane House due to the Herbert family.

Horse riding treks and fishing activities that take place on the grounds of Killarney National Park can be arranged by the hospitality team and there are also a wide range of splendid golf courses in the region which Cahernane House have links to.

Cahernane House Hotel has changed hands on multiple occasions in the last 115 years, beginning with the leasing of the hotel for almost 40 years from 1902. It was sold for the first time in 1940 to Vincent Albericci, and the property passed through the hands of another five owners before it was purchased by PREM Group in 2016.

PREM Group operate over 50 hotels throughout Ireland and Europe, including Tulfarris Hotel and Golf Resort in Wicklow, Osprey Hotel in Naas and the PREMIER SUITES serviced apartment brand.

Ireland’s Blue Book is a unique collection of Irish Country House Hotels, Manor Houses, Castles and Restaurants. Located throughout the island of Ireland, these charming and stylish hideaways are the perfect choice for your romantic escape or weekend retreat. Activities vary from golf, fishing, spas and cookery schools or just relaxing in warm and comfortable surroundings. With a choice of elegant Georgian Manors, Stately Castles, Historic Hotels, Luxury Boutique Hotels and Designer Lodges, there is a property in the collection to suit everyone’s tastes and requirements. 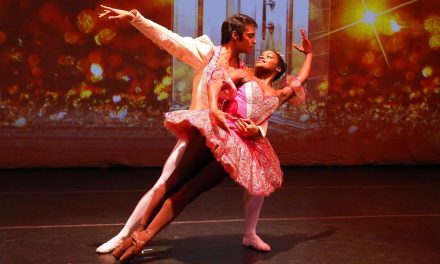 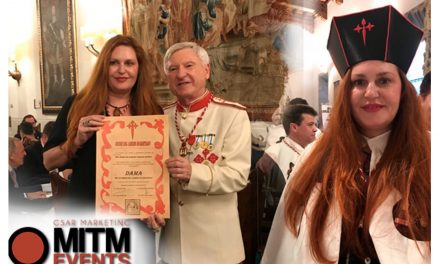