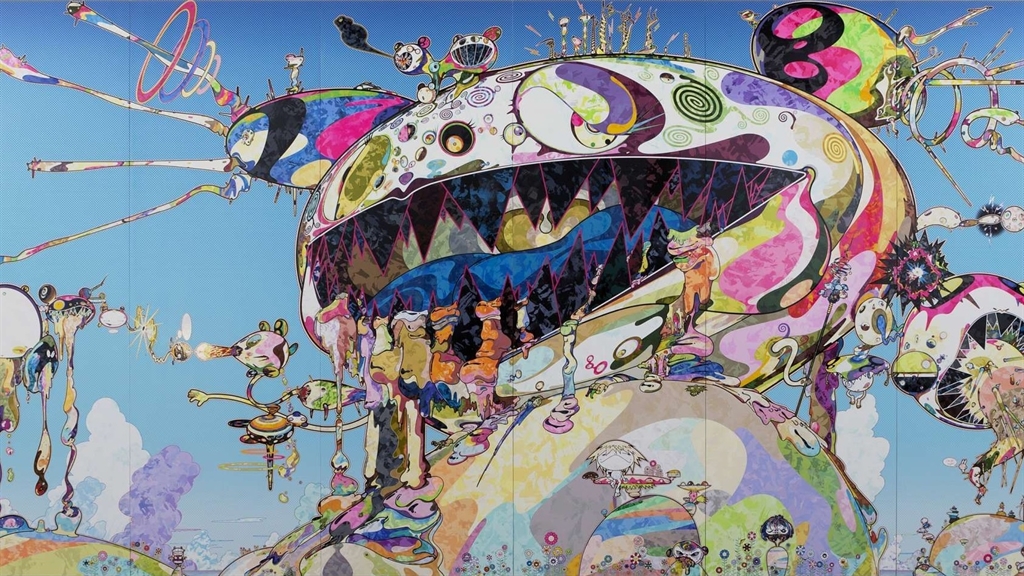 The exhibition, open until 27th August 2018, unites modern and contemporary works, most of which have never before been exhibited in the Frank Gehry’s building or even in Paris. Notable features include Takashi Murakami’s monumental fresco The Octopus eats its own leg, displayed in Paris for the first time, and Pierre Huyghe’s Untitled (Human Mask), never before exhibited in France.

Two complementary Sequences investigate the man’s place in the universe and his interconnections between humans, animals, plants and even inanimate objects:

Sequence A: an immersion in the world of Japanese artist Takashi Murakami, an artist who combines the Kawaii aesthetics with classical and experimental techniques to depict Japan’s political, cultural and social history and traumas, such as the atomic bomb or, more recently, the tsunami.

Sequence B: Titled ‘Man in the living universe’, this sequence is themed around the idea of emotional affinity and extends over the other three floors of the building and the outside Grotto area.