The Machines of the Isle of Nantes, France – Unravel Travel TV

The Machines of the Isle of Nantes is an artistic, touristic, and cultural project based in Nantes, France. The project is located in the old covered buildings of The former shipyards in Nantes have been transformed into an artistic, touristic, and cultural project. The shipyard’s machine workshops, display and testing areas showcase machine creatures that come to life. It’s a bit like being on the film set of Star Wars crossed with Mad Max.

Sleeping in its nest, a mechanical spider is awakened by the machinists and climbs up along its threads. High up in the rafters of the Galerie des Machines, you can see a heron with an 8-meter-long wingspan soaring gracefully. Then visitors see a giant ant turn and make its entrance. Natural plants grow next to mechanical ones, creating a canopy for the animals, and you might be invited to climb in and control one of them.

It’s an artistic project that merges the imaginary world of Jules Verne, the mechanical universe of Leonardo da Vinci and the industrial history of Nantes. The highlight of a visit to the shipyard for Unravel Travel TV was The GRAND ÉLÉPHANT. 12 meters high, 8 meters wide, and 21 meters in length, the 48.4-ton mechanical elephant moves along a maximum speed of 3 km. Once aboard, you will see the moving gears that power the legs. Made of steel and wood (tulip poplar and basswood). The metal body is lubricated with 2,500 liters of hydraulic oil. A machinist will tell you stories about the elephant and have it blast its trunk for your pleasure. Being on the back of the Grand Éléphant is like being on the 4th floor of a travelling house, with a breathtaking view of the former shipyards.

The CARROUSEL DES MONDES MARINS. This giant carousel, almost 25 m high and 22 m in diameter, is a reinvention of fairground art. Three carousels are stacked in concrete lacework, crowned by a Big Top adorned with pediments, and guarded by 16 fishermen from all the world’s oceans. The 360° theatre is a sculpture dedicated to the sea. Visitors watch as strange and disturbing marine creatures revolve in the huge structure built on three levels. Great experience for young children.

Link to website: The Machines of the Isle of Nantes 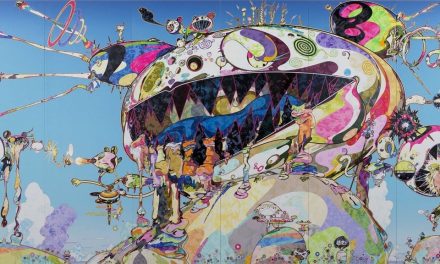